Can't begin to tell you how incredibly excited I am to finally see and ride these wonderful Skyliner gondolas! 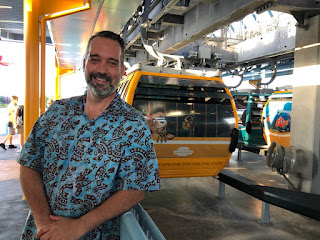 As part of a series of "artist's choice" tee shirt designs for the California parks, I came up with this one for Disney California Adventure. Being a native of Los Angeles, I really enjoyed working on this piece - even though my specialty is Character Art. Also pictured below is the original concept sketch. From there, after a few passes and rearrangement in Photoshop, I finalized the art as a vector illustration. 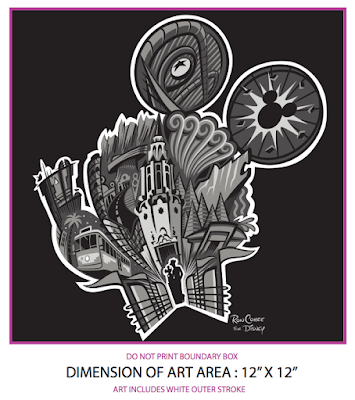 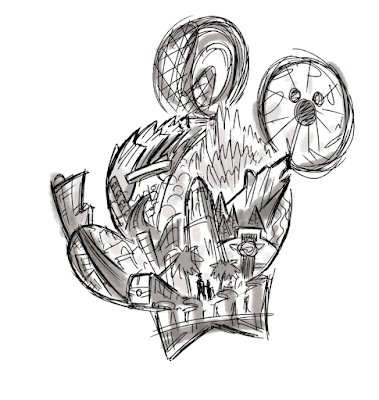 I was overjoyed to see some of my sketches included in this great new book by Disney Editions, called "The Art of Walt Disney's Mickey Mouse"! Very humbling to be on the page opposite the one and only Floyd Norman... 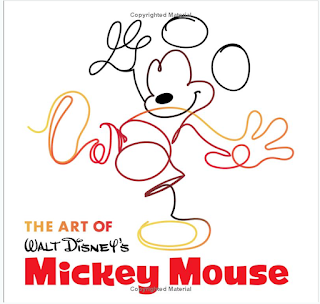 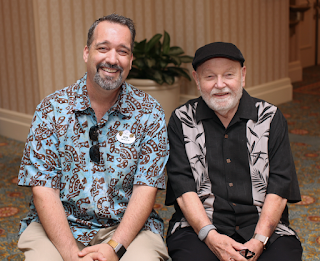 Back in June, I was very privileged to be invited to Disney Legend Burny Mattinson's 65th anniversary event at the Grand Floridian Hotel, along with talented friends from work (Alex Maher, Fabiola Garza Villalobos, and Lon Smart). It was a special luncheon for D23 Gold Members, and we were invited as "luminaries" to help them all honor this amazing story artist, animator, director and producer. He was hired in 1953 in Burbank, and has worked continuously as the Walt Disney Company's longest-serving Cast Member; his film credits include "Lady and the Tramp" all the way up to the latest film, "Ralph Breaks the Internet". He wrote, directed and produced one of my absolute favorites, "Mickey's Christmas Carol" in 1983, as well as "The Great Mouse Detective" in 1986. The next day, there was a special screening of 1973's "Robin Hood", on which he animated under Ollie Johnston I believe, at the AMC theater in Disney Springs. It was so cool to get to applaud as his name appeared on the opening credits, and with him in the audience. 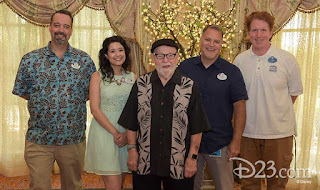 Another illustration from "Tales of the Force", the recent Big Golden Book...

This is an illustration from the "Tales of the Force" Big Golden Book. 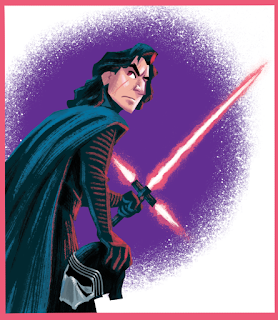 Excited to see this in stores now! This one's a Big Golden Book, with some of my art.
You can also find it online at: https://www.shopdisney.com/star-wars-tales-of-the-force-a-big-golden-book-1449181 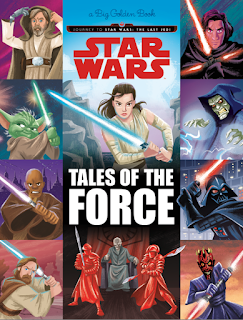 These are from a Cars book I illustrated in late 2010; it's a die-cut board book. The pink lines indicated the template of the book shape, and the text shown here is not final. The Cars franchise has always been a favorite of mine, and I'll always be grateful for the opportunities I had to work with these characters. 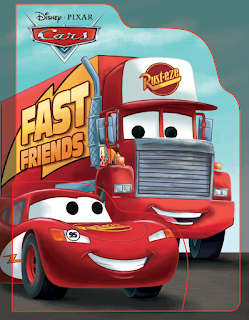 I always got a kick out of the little Lightning McQueen toys he had on display in Mack's trailer, and the minivan with the mattress cracked me up... 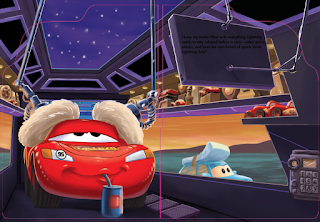 The Cars films are so clever in how buildings and even natural elements are "car-ified", and notice how the digital camera is mounted like a side-view mirror in the foreground... 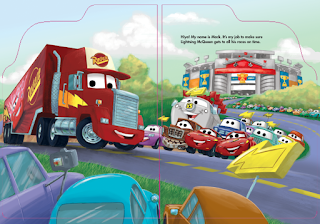 This was for a Finding Nemo short story published in the 2005 Disney Year Book called "Hide 'n Seek Friends", about a flounder who has a hard time fitting in, due to her eyes being on one side of her head. This property is one of my favorites, and it was so much fun incorporating a new character into their world. It was a cute little story, and I love how she saves her friends from a tiger shark by instinctively burrowing into the sand. Everyone has their weaknesses, but they also have their strengths. 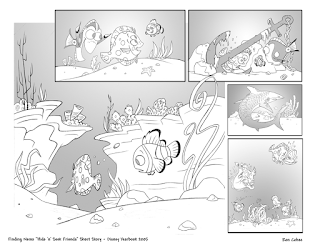 This is a new Big Golden Book called "Tales of the Force", due out in September 2017. Cannot wait for Episode VIII! (Hey, that rhymes...) 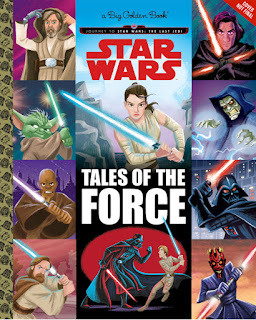 This was one of my first freelance jobs, back around 1995 or 1996. I did the tight pencils for this Mealtime Fun book, which was a cute little round board book, packaged with a fork and spoon. It must have been around the time we were working on the "Pomp and Circumstance" segment of "Fantasia/2000", because I had been working on Donald Duck quite a bit at that time. The classic characters are always a joy. 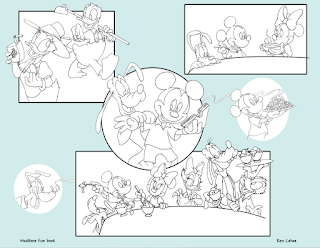 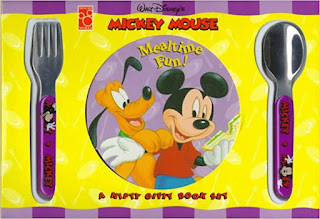 Signing at D23 Expo in Anaheim

Had a great time at D23 last week signing the Star Tours 30th Anniversary art for Guests, as well as the American Adventure USA map, to which I had contributed character art. 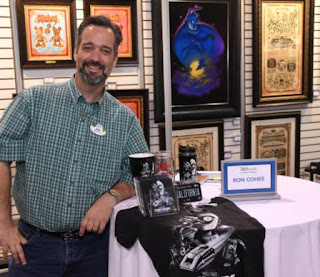 I also happened to walk by the Little Golden Books booth, and signed some of the Star Wars books for them. I wasn't expecting to see them there, so that was pretty cool! 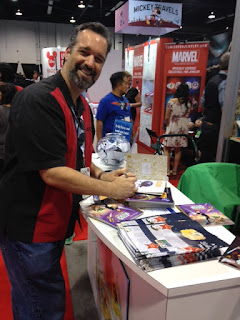 All artwork is © Copyright the Walt Disney Company or Ron Cohee and should not be used without written or verbal consent.